Roulette is one of the most popular casino games to be found in the casino industry as demonstrated by these statistics. This is in part due to it’s easy to understand rules, but also as it still retains an aspect of glamour thanks to its presence still being found within blockbuster movies on a regular basis. It is, like the majority of casino games, a game of luck with the house having the edge, but is there anything the player can do to increase their chance of winning?

There is no guaranteed system of how to win at roulette and it is important to never bet more than you can afford to lose, however there are some systems that can be considered that can help to reduce possible losses and increase your chance of leaving the table with a win.

The most well-known roulette strategy, popular worldwide is the Martingale strategy. This is a simple doubling up betting system that can be used in the game. If you make a bet of $5 on red and it lands on black so you lose, then the next bet you will place is $10 on red. You must keep doubling your stake on red until it lands and you recover your losses and make a profit. To be fully successful though, this strategy requires an almost unlimited amount of capital.

Another strategy that can be considered is the Paroli system, which is often favoured by the more cautious gambler. The Paroli system would involve for example first placing a bet of $10 and then if this bet loses you would repeat the same bet again for the next spin of the wheel. When you have a winning bet you would then double your bet for the next round and so on. Winning three games on the bounce should then mean you return to your original stake. The idea behind this system is that eventually luck runs out and it will prevent any excessive bets being placed, therefore making it is a system favoured amongst those a little more cautious and wanting to avoid any major losses.

At the end of the day, there is no strategy that will guarantee success at roulette, but you can help your chances by making sure you are always paying full attention to the wheel and the previous numbers that have landed. To give yourself a better chance of winning on a regular basis it is worth placing money on the even money bets (red/black, odd/even, high/low) as your percentage chance of winning a bet placed on one of these options is generally around 48.68% on a European table. As opposed to, for example, a bet placed on a single number, whilst of course will provide bigger returns, only gives the player a 2.70% chance of success. 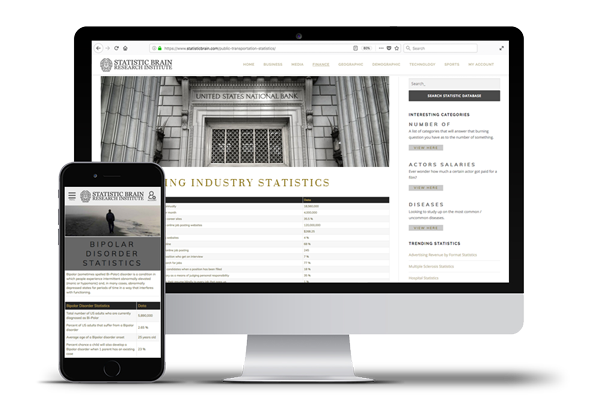 Increase The Chances Of Winning At Roulette

NUMBER OF
A list of categories that will answer that burning question you have as to the number of something.

ACTORS SALARIES
Ever wonder how much a certain actor got paid for a film?

DISEASES
Looking to study up on the most common / uncommon diseases.